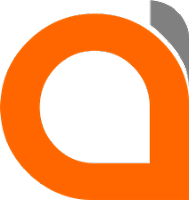 Akin Ibitoye is a Computer Maintenance Expert who studied Physics at the prestigious Lagos State University. The first encounter he had with a computer was with a laptop running Windows 98 Operating System in 1999 while he was attending a Conflict Resolution workshop organized by the Christian Impact for Nigeria (CIFN, a UK-based charity organization comprised of Nigerians in Diaspora) and that created a lasting impression (left an indelible mark) on him so much that he dabbled into the computing world as a user in 2001. From there he proceeded to learn web designing in 2003 starting with HTML and graphics designing. It was the endless possibilities presented by this “new” field that got him hooked. From there, it was a one-way street for this bundle of creativity. He designed this logo as his personal brand identity, and after working on it for three months, this masterpiece came out.

He learned about computer hardware and software with lots of hands-on experience to put into practice all the theories he had come across, he then decided to focus more on software and its applications. Now, he is a very well-rounded expert on software usage focusing on the beginner, average to the advanced users of computers. His philosophy is that technology is supposed to help us do more with less effort, and that is what he is committed to helping computer users achieve.


He has a Basic Diploma in Leadership, Organizational Excellence, Financial Management, and Career Management from the Premiere Leadership Institute in Nigeria – The Daystar Leadership Academy. He proceeded to obtain an Advanced Diploma in Leadership, Conflict Resolution, and Mentoring from the same Institution. He has attended/co-organized various seminars that focus on helping individuals release their potentials; one of such is The Megastar Summit which held in 2006, 2007, 2009, and 2010 respectively. He organized a motivational seminar in 2004 at the MBA Hall, Lagos State University which had over eighty young minds (undergraduates) in attendance. He published over thirteen editions of his motivational newsletters called “LIF101” between 2002 and 2003; also, between 2002 and 2005, he held frequent motivational talk sessions lasting between 30 – 45 minutes in the lecture halls during lecture-free hours.


In October 2009, he started a Company called ibidTECHNOLOGIES an IT-based company that offered a unique service called iTOOknow; which is an information service that helps individuals and organizations up their skill-set by providing them with books, magazines, video tutorials and other resources from respected authorities that focuses on their area of expertise. He joined Workforce Management Center (an HR/Consultancy firm) in October 2009 and left in December of the same year to focus on iTOOknow. Eight months after he started iTOOknow, he was invited to feature on a technology program on radio (PCFix on Radio Continental 102.3FM); from there, he was invited to another radio station for another technology program on radio (IT World on Eko 89.75FM). It was on the radio shows that he met Ayo Makinde (media personality), Bolaji Salawe (computer geek), Awesanya Isaac (computer hardware specialist) and Kelly Eyiaromi (marketing guru), they would later become his partners when they founded a company called PCFix Nigeria (an IT Consultancy company focused on providing, installation and maintenance of computers and computerized devices) in January 2011.


In February 2011, he along with the PCFix team organized a free workshop for computer users; it featured the review of new technologies back then, like the Apple iPad and Hitachi Magic Board, free diagnosis of the computers brought by the participants and free installation of Linux Operating System among other free software. By December of the same year, the second edition tagged “PCFix Workshop 2.0” held at CMD Events Center, Lagos and saw well over 250 participants registered and about 120 showing up for the event. He is currently the head of Software Maintenance at PCFix Nigeria, and the Host of IT World and PCFix on Radio.

Forgiveness, just like Love, has definitions to varying degrees or like an onion—layers. I always thought I had the forgiveness thing locked down, yeah right! Just like the proverbial out of the blue, it hit me that I had just erased that part from memory and decided the type of forgiveness I wanted to extend. I found out that I couldn’t (or at least that’s what I had subconsciously agreed) go back if I had the chance. On my way home, it became evident that this sealed can of worms had been in the basement and it is already stinking. It took an interviewer’s probing questions for me to shed light on that chapter in my life’s story. Forgiveness is absolute, but just like everything else, we make it relative and as such varying standards abound. This means what I call forgiveness may not cut it for someone else. While my version of forgiveness may be shallow and warped, yours may be brutally honest. Ultimately, we are responsible for our versions of forgiveness, while it is in our best
2 comments
Read more

I want to tell you a story, and in the next couple of minutes, I would appreciate if you could loan me your undivided attention. I promise to return it with interest; A child was born in an urban area in the heart of Lagos state almost 3 decades ago, attended about 5 primary schools, finally obtained a first school leaving certificate, from there on to just 1 secondary school, being a very brilliant and apt student, he obtained the necessary 5 O'Level credits in senior school certificate exams and got an average score in the university and tertiary matriculations exam. He got admitted to study Physics because they just had to put him somewhere because he knows somebody who knows somebody. Even though in his heart, he wanted to study Electronics and Computer Engineering because that's where his strength is, mechanization and electronics. The result? Instead of the standard 4 years, he ended up spending 8 years and still did not graduate. For those wondering how come, here
Post a Comment
Read more

Most of the years we spend within the four walls of the school environment were spent learning theories of how things work. How to analyze, solve problems given a few clues [symptoms], calculate, and read. However, when we finally leave the confines of those walls; we discover that we have spend one-third of our lives not preparing for the present simply because the school curriculum does not make provision for people-skills, time-management, emotional intelligence, entrepreneurship, financial intelligence, et al. We start school afresh once we step into the real world and the courses are very systematic because we take the examinations first, then the lesson; the direct opposite of the school we have been used to. Life is more that just a set of classes and some library of books, far bigger than what we have been made to believe. Great men/women of the world had just one thing in common; we never hear of their academic excellence- rather, we hear of what they did outside the w
1 comment
Read more