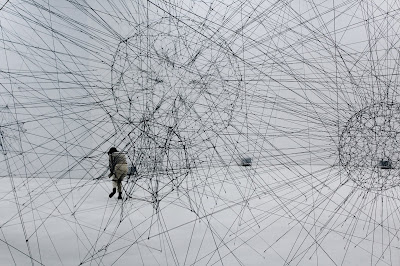 There is no self-made human being anywhere, we are all products of the people in our lives, a reflection of who they are. More often than not, we turn out just like the people closest to us, and we perpetuate or if at all possible, re-invent ourselves to chart a new course. I would like to appreciate some of those people who shared their knowledge with me.


Sometime in December of the year 2000, my friend Bukola had told the class to expect someone who would come to teach us some science subjects after closing hours. I couldn't have imagined that the trajectory of my life would be altered forever.

He sauntered in about a full-hour behind schedule, said simply "my name is Franklyn Eze, you can call me FRC" and after apologizing asked the about a dozen of us left in the class the question "what makes tomato red?" I was taken aback, not only because it had never crossed my mind, but because I had been asked by someone who was about the same age as me or a couple of years ahead of me at best.

After waiting a few minutes and being apparent that we were all clueless what he was talking about, he said "the substance that makes tomato red is Lycopene, and the IUPAC name is 1-cyclo propyl, 2-methyl cyclo butane". The whole class (all dozen of us) erupted into shouts of excitement. That was a mouthful, I thought. How can someone know this? He continued, "do you know Citric acid?" We answered in the affirmative, feeling cool with ourselves that we were not total ignoramuses. "The IUPAC name for Citric acid is 2, 3, di-hidroxyl butyric acid", another bout of screams. I was hooked already.

He went on to take the class on the dispersion of light, using the VIGBYOR and ROYGBIV interchangeably, and the entire 2 hours he spent exploding our brains, he didn't look at a single book! I was mesmerized, and totally in love with this brainiac. I wanted in on the action. Whatever he was doing to know this much, I wanted to do it too.

A couple of months later, my confidence levels were through the roof and I would go to the junior classes to teach some of my favorite subjects, and I got good feedback, and all the while, kept receiving lectures from Franklyn. He had expanded his reach at that point, so, the classes were no longer holding at our school, so, a couple of us would band together to travel down to the school where the lectures were holding.


There was a day when he didn't show up though, and everyone else left for home one after another, but for whatever reason, I waited at the bus stop for a good 4 hours until it was getting dark. All sorts of scenarios were running through my mind, (those were the days before Internet, mobile phones, etc) and even I reached my limit and went home, all the while replaying the preceding events in my mind, checking to see if I had missed him in the bus while waiting.

I did see him on the next meeting day, and turns out he was held up somewhere else, I was too focused on what new thing he was going to teach, and the hunger for a whole new world of information had just been re-awakened in me.