Growing Up in the 90s 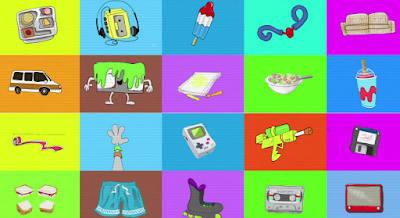 I remember rapping in primary school for uncle Sola, my teacher who also raps. We would rap together and he would let me have the second verse after he took the first verse. Somehow, we would rehearse every day during break time and sometimes after school hours. It got to a point he told me that if I practiced and got so good, he would take me to the United States of America.

I was about nine years old then and I believed him. I remember getting home all excited and telling  my parents that uncle Sola was going to take me to the United States of America because we rap together. I don't remember what response they gave then, but I think I remember they shrug and the concern in their face, a deep desire for it to be true, even though they knew it was a bucket load of crapware.

What did I know? I was just a kid who didn't know what puberty was yet and grew up on the outskirts of Lagos. In those days, the only bank I had ever been in was LBIC and I remember queueing up for hours on end just to make a deposit into my father's account and there were no computers, so, the cashier had to write the amount deposited in a ledger and on the customer's passbook.

In those days, I had never seen a mobile phone, a computer, a flat screen TV or cell tower. There were a couple of phone booths scattered around the largest residential estate in Nigeria but never muster the course to enter into one, for what na? In those days, power supply was guaranteed for at least 18 hours a day, unless of course there is a major fault that would require NEPA official to come and fix or replace as the case may be. In those days, our past time included flying kites, making paper planes, a game called sure, catcher, after round one, tic tac toe, and messing.

TV had programs for children from 4pm and there was no 24-hour station. Only those who were considered rich back then (now realize they were the middle class), had cable TV and the rest are condemned to whatever was dished out by NTA2 Channel 5, NTA Channel 10, NTA Channel 12, NTA Channel 7, LTV, OGTV, and the newest kid on the block, AIT.

Those days, the Walkman was a dream gadget for young boys everywhere. Nintendo's Gameboy, Brick Game, gaming consoles like Famicom, NES, SNES, Sega were the order of the day and the defacto business for young entrepreneurs was opening a gaming center where boys of various backgrounds could come and show their skills in Mortal Kombat, Street Fighter, Killer Instinct, and the popular Super Mario.

Football competitions were called form, and the organizer was called association. The trophy is an ingenious contraption.