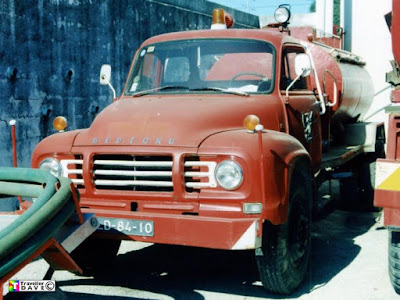 Olomi! Olomi!! Olomi!!! (translated: Water Vendor) We screamed at the top of our lungs as we raced after the water tanker that came by our community a couple of times a week in the early nineties, he didn’t stop though and we gave up after doing about a hundred meters; either he was out of water to sell or he didn’t hear our ruckus which is highly unlikely.
You see, the reason for that bizarre scenario is the bane of our country today, lack of planning! There was no municipal water system in place in what is regarded as the largest housing estate in Africa! If there was one in place, in less than a decade after its inception, we moved in and after a while, a small group of residents decided to concert efforts and dug a well, got a pumping machine, a storage tank and life went on.
Fast forward two decades, a new municipal water system is built, but the downer is this, with almost a thousand housing blocks of six or eight flats each, you are looking at over two hundred wells and bore holes dug and sunk over the years. How the municipal water system intends to integrate is yet another headache because it means further digging of the already collapsed road network.


My heart for Nigeria transcends the current state of limbo where we have lingered for over half a century now. I say again for the umpteenth time, my children will not go to school for eight hours, only to come home and find a private tutor waiting to dump extra dosage of theoretical misnomers in their tiny little brains. School is not a pace to dump kids while parents are at work making money to pay for the same school. If you do not have time to raise your kids, then don’t give birth to them, there are enough kids in orphanages looking for loving families already.
Electricity supply has been on a steady decline in the two decades I spent in that community, that is to be expected when you have a surge in population, consequently, a greater demand on the electricity but no increase in the generated or distributed from the national grid. Yet another anomaly in this part of the world; with a weak central government, efforts are frustrated at the state and municipal levels such that all the good intentions (if any) and projects all get watered down and truncated (on several occasions) before they reach the populace.
With our vast resources, permutation shows that we have almost limitless avenues to generate electricity and have enough in reserve to give us uninterrupted power supply for half a century, and sell the excess to neighboring countries. When a system is not working, there are individuals that profit from that anomaly; these same individuals over time become principalities that ensure that the anomalies are not corrected. They will fight tooth and nail to make sure the status quo is maintained; that has so far been our reality in this part of the world.
You hear of dizzying amounts of money injected into the power sector that have experienced sublimation (process where solid turns to gas without melting to liquid first, yes its possible) and you can’t help but wonder if there are saboteurs at work to ensure that in over five decades, we cannot generate and maintain as much electricity as the state of California in the United States. When you have tried a process and it doesn’t work even though it has worked for others, it might be time to employ another process or change the personnel who are implementing the process.
With all the environmentalist campaigns and the move to go green, Nigeria will soon go belly up and declare bankruptcy because the crude oil we so much believe in and hang the fate of a hundred and fifty million people on will soon experience a market crash in prices. A careful observation of trends in history will see to the confirmation of the previous sentence. We are so focused on crude oil that we are not actively engaging Bio-Diesel, Wind, Solar, Heat, Nuclear and others on a massive scale that will successfully take over from the age-old tradition of the dam electricity.
Thinking that this piece is about elementary education, politics or electricity is to have missed the whole point, which is to fan the embers of our anger towards the imbroglio having a field day in our community without a care in the world. A proverb says “the flood means business, and that is to bring down the house, it is the owner of the house that will not allow it”. If we sit and do nothing, our children will suffer for it. Even if we ship them out of the country, unless they do not come back or do not have friends and families here, it will still affect them adversely, one way or another.
I do not concern myself so much about my generation anymore because it took us a long time to know that it was abnormal for electricity not to be constant, for roads to be filled with more holes than roads, for schools to not be opened because of strikes, for the faucet in the kitchen not to have running water, for politicians to appear once in four years to solicit your votes, and so much more; but we can fight all these anomalies with our lives and be proud that our children will be fighting other battles, and not these inane matters that their contemporaries in the developed world have never heard of.
The Stone Age had its ups and downs, so did the Bronze Age, the Iron Age, and subsequently the Information Age. Unless we want to kid ourselves, the challenges that our children will face will be unprecedented and the best we can do for them is ensure they do not start by taking care of all the crazy problems we inherited, then they can start with a clean slate, encounter and solve their problems and make life better for their children and the cycle can continue for generations to come.